Robert Oxton Bolt was born in Manchester in 1924, the son of a shopkeeper. He was educated at Manchester Grammar School and later at Manchester University where he completed a degree in History. He taught English and History for many years, turning to full-time writing only at the age of 33 after the success in London of his play, Flowering Cherry. Although he is best known for his original play, A Man for all Seasons, most of his writing was for screenplays or television and he remains one of the world’s great writers of cinematic dialogue. Among his screen credits are Lawrence of Arabia (1962), Doctor Zhivago (1965), Ryan’s Daughter (1970), The Bounty (1984) and The Mission (1986). In 1966 he successfully adapted the stage version of A Man for all Seasons for the screen. He was twice married to actress Sarah Miles. In 1979 a heart attack and stroke left him paralysed. He died in Hampshire, England in 1995, following a long illness. Who was Thomas More? 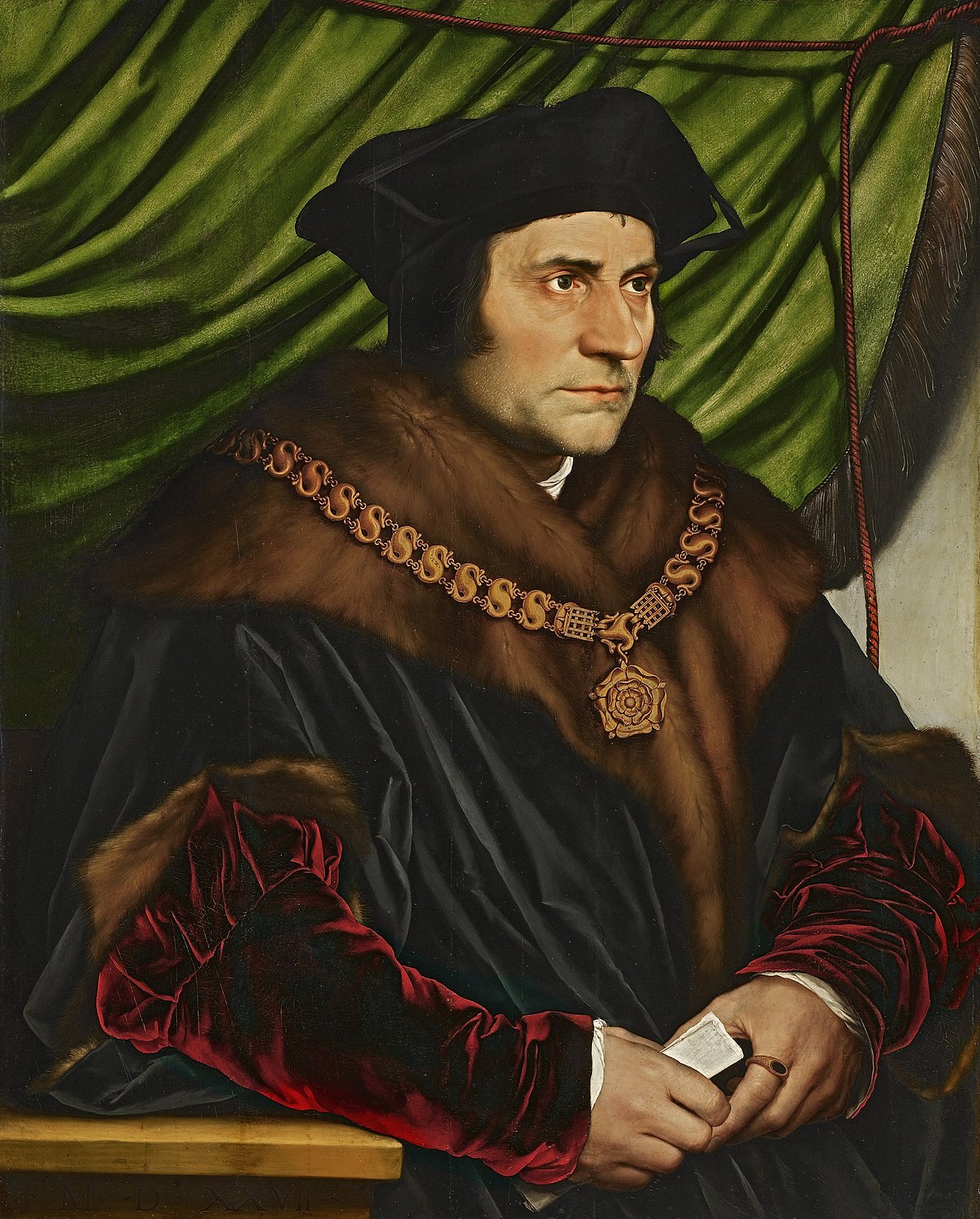 Portrait of Sir Thomas More is an oak panel painting commissioned in 1527 of Thomas More by the German artist and printmaker Hans Holbein the Younger, now in the Frick Collection in New York. The work was created during the period from 1526 when Holbein lived in London. Wikipedia