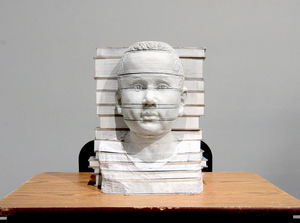 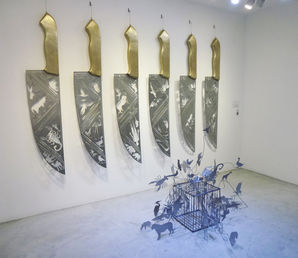 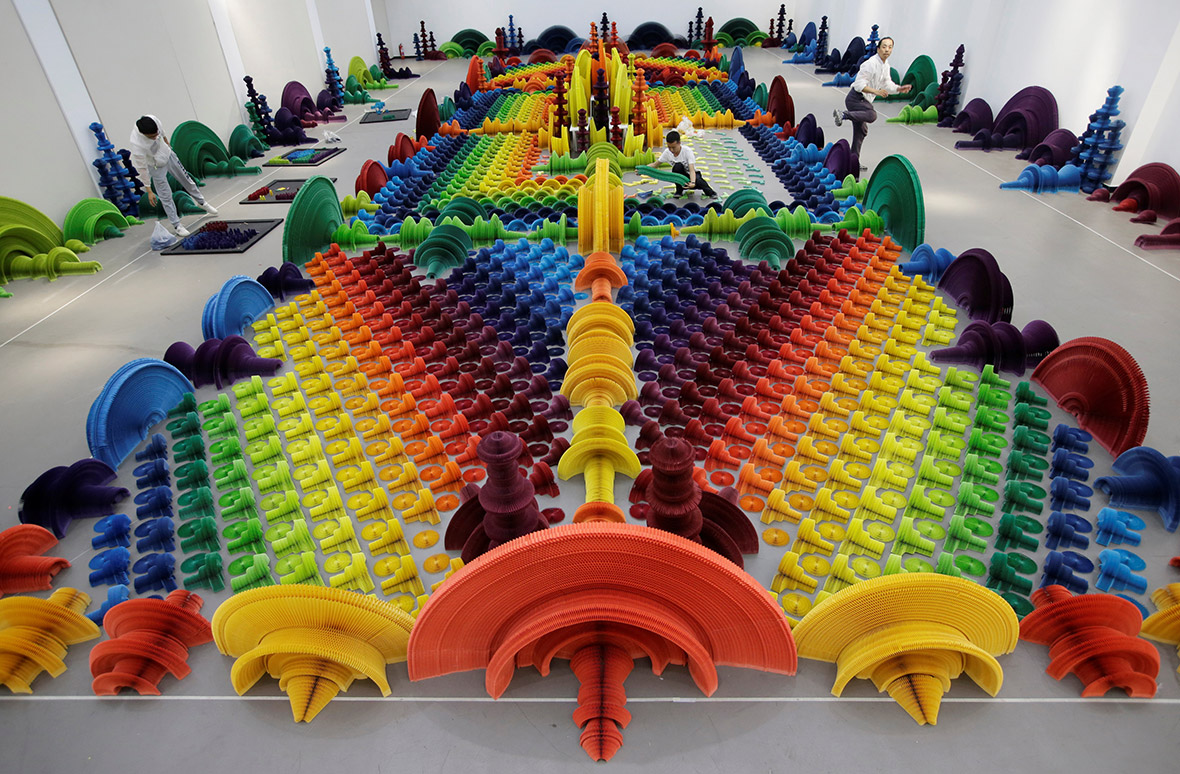 Chinese artist Li Hongbo  sets up his work "Ocean of Flowers" at Eight One Art Museum in Beijing, China June 14, 2017. According to Li, nearly 2000 sculptures in shape of different weapons, made of hundreds of pieces of brightly coloured paper, reflect his thoughts about desire, destruction, hatred and war. Picture taken June 14, 2017. REUTERS/Jason Lee 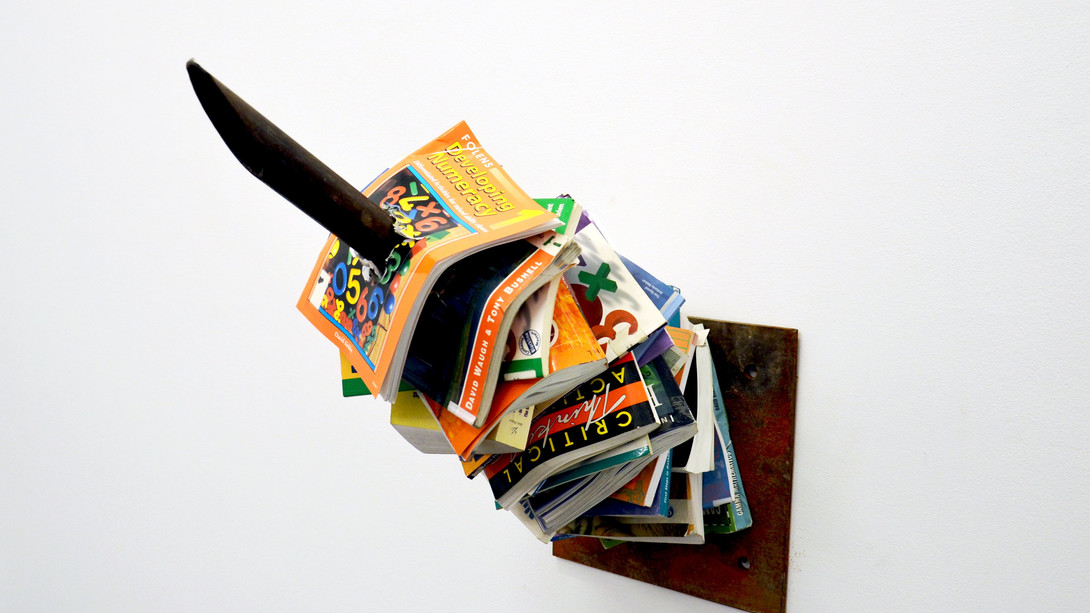 In his [2016 show at Klein Sun Gallery, Li Hongbo calls our attention to the overwhelmingly textual basis of the world-wide globalized educational system, along with the numerous problems that come along with education systems so dependent on the written word and so lacking in meaningfully experiential components. Li has several sculptures of placid, expressionless students carved out of stacks of cheap textbooks and workbooks. 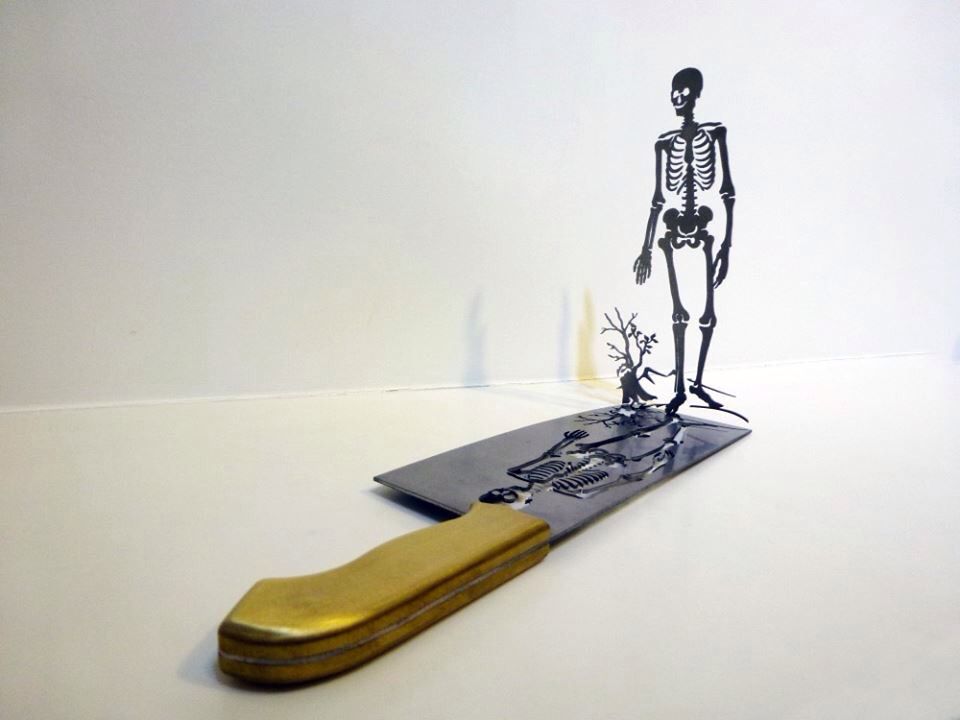 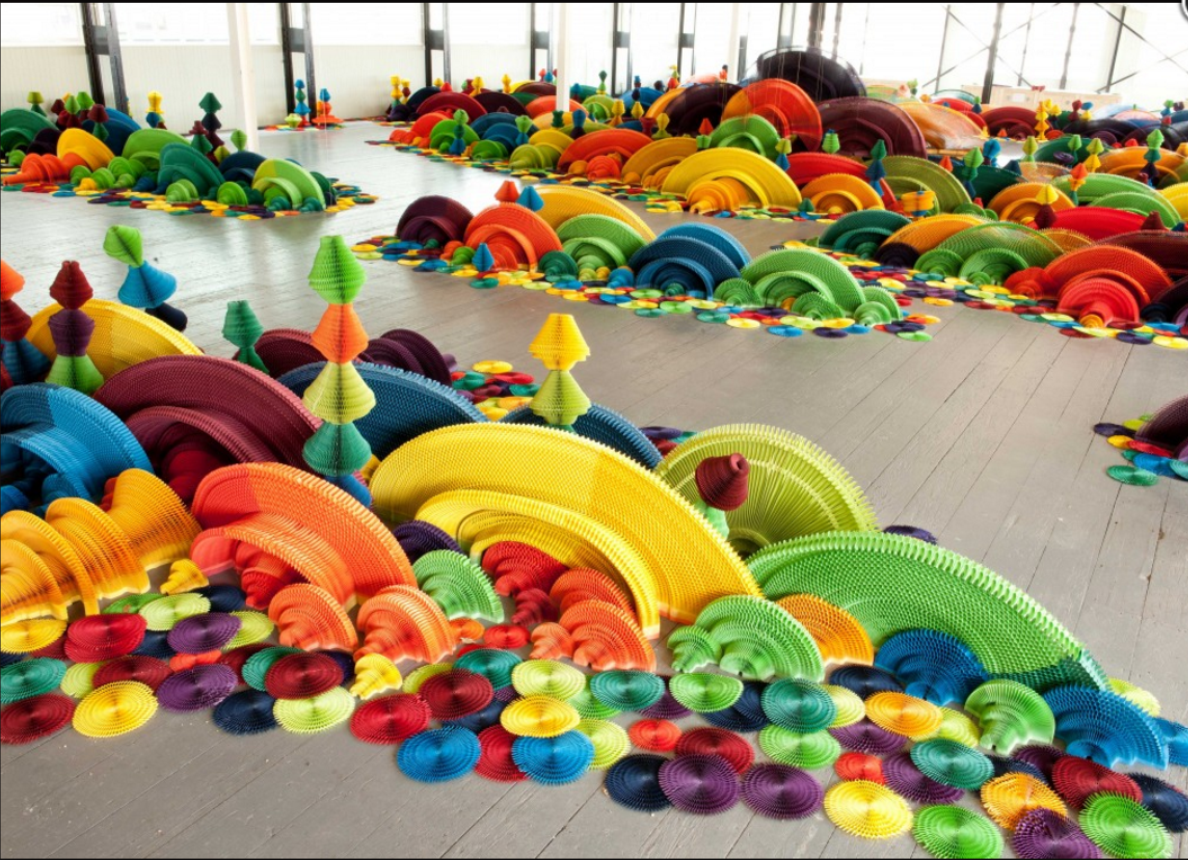