Thomas Lanier "Tennessee" Williams III was an American writer who worked principally as a playwright in the American theater. He also wrote short stories, novels, poetry, essays, screenplays and a volume of memoirs. His professional career lasted from the mid-1930s until his death in 1983, and saw the creation of many plays that are regarded as classics of the American stage.

Williams's first major success was his "memory play" The Glass Menagerie, which was inspired by Williams's own family circumstances. The huge success of his next play, A Streetcar Named Desire, in 1947 secured his reputation as a great playwright. Between 1948 and 1959, seven of his plays were performed on Broadway: Summer and Smoke (1948), The Rose Tattoo (1951), Camino Real (1953), Cat on a Hot Tin Roof (1955), Orpheus Descending (1957), Garden District (1958), and Sweet Bird of Youth (1959). By 1959, he had earned two Pulitzer Prizes, three New York Drama Critics' Circle Awards, three Donaldson Awards, and a Tony Award.

His work reached world-wide audiences in the early 1950s when The Glass Menagerie and A Streetcar Named Desire were made into motion pictures. Later plays also adapted for the screen included Cat on a Hot Tin Roof, The Rose Tattoo, Orpheus Descending, The Night of the Iguana, Sweet Bird of Youth, and Summer and Smoke. Many of the adaptations were authored by Williams himself.

After the extraordinary successes of the 1940s and 1950s, the 1960s and 1970s brought personal turmoil and theatrical failures. Although he continued to write every day, the quality of his work suffered from his increasing alcohol and drug consumption as well as occasional poor choices of collaborators. On February 25, 1983, Williams was found dead in his suite at the Elysee Hotel in New York at age 71. The medical examiner's report indicated that he choked to death on the cap from a bottle of eye drops he frequently used, indicating that his use of drugs and alcohol may have contributed to his death by suppressing his gag reflex. 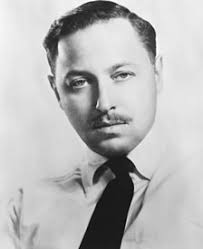 Ten Things You Should Know about The Glass Menagerie