Ten Things to Know about Hamlet

Books in our Library on Hamlet

What a piece of work is a man

Hamlet, speaking with Rosencrantz and Guildenstern, explains that he has lost all joy, and although he can still appreciate the grandeur of humanity conceptually, he no longer derives happiness from human interaction. The corrupt moral condition of Denmark is to blame.  Hamlet's reflections on the nobility of man illustrate his profound intellect, curiosity and idealism. The significance of his moral philosophy is made that much greater by the company he keeps, for Rosencrantz and Guildenstern -- also students of philosophy at Wittenberg -- are unmoved by Hamlet's words. Thoughts on human nature do not trouble Rosencrantz and Guildenstern as they do Hamlet, and they are content in their ignorance.  Hamlet, in his current pessimistic state, cannot find inspiration in human potential or anything else. His melancholy, already deep before the Ghost's visit, is now all-consuming. In this depressed mood his philosophic nature has become his undoing -- his "thinking too precisely" has made the "foul and pestilent" world his "prison" and he ends his lofty praise of humanity with the grievous admission, "man delights not me." How fitting that this unintended double entendre is the only thing Rosencrantz gleans from Hamlet's words.  Aside from Hamlet's great wit and select moments with Horatio, only the passage above and his moments with the players (2.2.411-441 and 3.2.1-46) give us a sense of the real Hamlet; the "rose of the fair state", who was once a joyful participant in uncovering the infinite capability of humanity, and the very embodiment of the ideals he himself expounds.  This much-beloved passage, written in prose, is considered to be one of Shakespeare's finest. "Shakespeare has raised prose to the sublimest pitch of verse.... It would be hard to cull from the whole body of our prose literature a passage which should demonstrate more strikingly the splendour and the majesty of our language, when freed from the shackles of verse" (John Churton Collins).

O what a rogue and peasant slave am I!

In addition to revealing Hamlet's plot to catch the king in his guilt, Hamlet's second soliloquy uncovers the very essence of Hamlet's true conflict. For he is undeniably committed to seeking revenge for his father, yet he cannot act on behalf of his father due to his revulsion toward extracting that cold and calculating revenge. "Hamlet's sense of himself as a coward is derived from a crude, simplistic judgment turning on whether or not he has yet taken any action against the man who murdered his father. His self-condemnation takes several bizarre forms, including histrionic imaginings of a series of demeaning insults that he absorbs like a coward because he feels he has done nothing to take revenge on Claudius" (Newell 61).  Determined to convince himself to carry out the premeditated murder of his uncle, Hamlet works himself into a frenzy (the culmination of which occurs at lines 357-8). He hopes that his passions will halt his better judgement and he will then be able to charge forth and kill Claudius without hesitation. But Hamlet again fails to quell his apprehensions of committing murder and cannot act immediately. So he next tries to focus his attention on a plan to ensure Claudius admits his own guilt. He returns to an idea that had crossed his mind earlier -- that of staging the play The Mousetrap. Hamlet is convinced that, as Claudius watches a re-enactment of his crime, he will surely reveal his own guilt. Hamlet cannot take the word of his father's ghost, who really might be "the devil" (573), tricking him into damning himself. Thus, he must have more material proof before he takes Claudius's life -- he must "catch the conscience of the king."

Books in our Library on Shakespeare 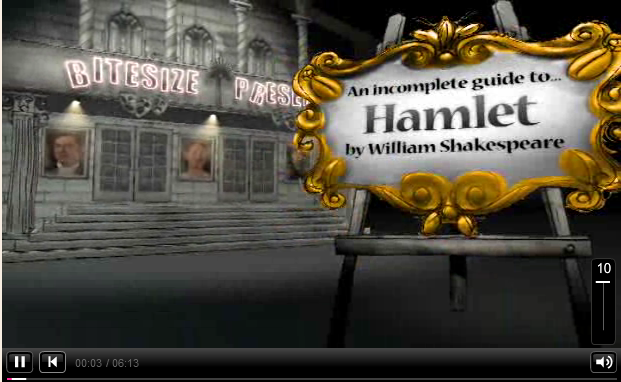 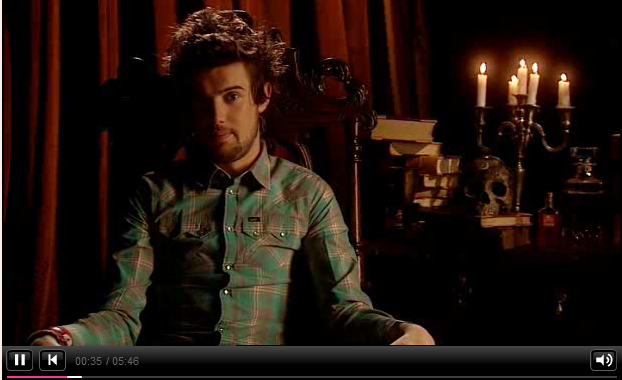 Look at the analysis of these two versions of the soliloquy.

Now make your own comparison of several versions of this famous soliloquy. Look at the choices that the director and actor have made.