The Indian in the Cupboard: Home

Another book by Lynne Reid Banks in our library.

These books are not in our library but you can find them in your public library.

Who were the Iroquois? 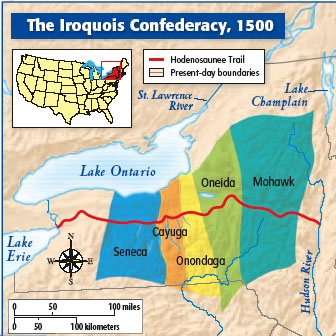 The Iroquois Indian tribe was actually a confederacy of first five, then later, six Native American nations.  It consisted of the Mohawk, Oneida, Onondaga, Cayuga, Seneca, and Tuscarora.  They were a very powerful and prominent Indian tribe.

They were called Iroquois by their neighbours (the Algonkian speaking people) and European settlers.  They actually called themselves Haudenosaunee, which meant “people who live in the extended longhouses.”

The Iroquois lived in a type of dwelling known as a longhouse.  A longhouse is a long, narrow single room. While the longhouse may have reached lengths of 100 meters, they were generally never wider than 5 to 7 meters.

The Iroquois longhouses had doors on both ends.  They were usually covered with animal skins during the winters to keep some of the cold air out.  Each Iroquois longhouse was designed so as many as twenty families or more could live in it.  A family would occupy a booth on either side of the hallway.  The booth had a wooden platform for sleeping.

Iroquois longhouses had no windows, just the doors at each end.  Missionaries wrote about how dark the inside of the houses were.  The only other openings in the house were at the ceiling.  There were holes there to allow the fire pit smoke to escape, but those holes provided very little natural light.  The fire pits were located in the hallway and shared by the families. 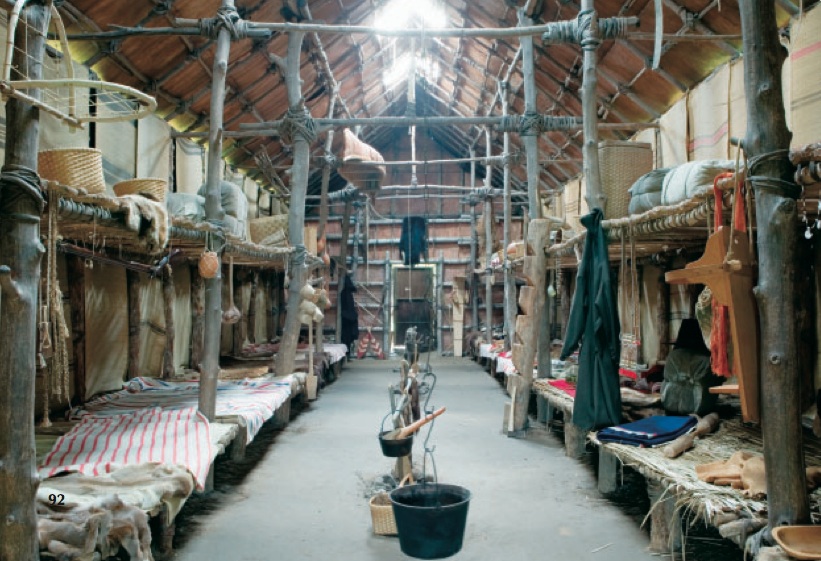 Borrow the movie from the library

In the peace treaty of 1763 the British got most of the French land in North America. Also as a result of the war, the British began taxing the colonists to pay for the war.