If you can't protect it, don't collect it: metadata, privacy and the police (David Shoebridge, New Matilda, 2015)

Labor and journalists have sold you out on Brandis' surveillance law (Hannah Ryan, New Matilda, 2015)

Metadata to be held for two years (Tom Iggulden, Lateline, 2014)

We are all suspects now thanks to Australia’s data retention plans (Bruce Baer Arnold, The Conversation, 2015)

Your guide to the data retention debate: what it is and why it’s bad (Bernard Keane, Crikey, 2015)

Watch the Parliamentary Debates on the Act

Search the State Library of Queensland site for databases, journal articles, academic papers, datasets etc. You need to sign up for a free State Library membership.

Correct referencing is an essential skill in academic research. Use CiteWrite to find the correct way to reference your sources using APA 7th ed. Remember to use a variety of quality sources. 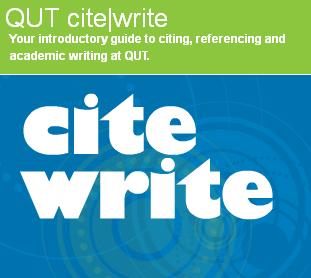