Your Assignment and Class Work

Watch this short video to find out how to take a longer piece of film and edit it to get the piece you need for your presentation.

How do media images of men affect our lives? (Sam Femiano and Mark Nickerson, Center for Visual Literacy)

Media representations and impact on the lives of black men and boys (Opportunity Agenda, 2011)

Portrayal of men in the media: why there needs to be a reverse Bechdel test (Nikita Coulombe, A Voice of Men, 2015)

The depressing depiction of men in the media (Nicole Johnson, Good Men Project, 2011)

When the media misrepresents black men, the effects are felt in the real world [newspaper article] (Leigh Donaldson, The Guardian, 2015)

Why are men on TV always such fools? [newspaper article] (Dominic Utton, The Telegraph, 2014)

Disability in film: is cinema finally moving with the times? [newspaper article] (David Cox, The Guardian, 2012)

Disabling imagery and the media: an exploration of the principles for media representations of disabled people(Colin Barnes, British Council of Organisations of Disabled People, 1992)

Five most positive portrayals of disability in the media (Tiffiny Carlson|, New Mobility, 2013)

Important tips on how to portray disability accurately in film (Dominick Evans, 2016)

Beauty and the Beast: is Disney's empowerment mission on track? [newspaper article] (Andrew Pulver, The Guardian, 2016)

No place for a woman: the family in film noir (John Blaser, Moffitt Library, University of California, Berkeley, 1999)

Sexist screen representations of women start in the script (Radha O'Meara, The Conversation, 2016)

The name’s Bond, James Bond … or should it be Jane? (James Chapman and Shelley Cobb, The Conversation, 2016)

This is why it’s so hard to fight for gender equality in Hollywood [multimedia] (Alyssa Rosenberg, Washington Post, 2015)

Tracks, a film that lets a woman thrive in the outback (Gemma Blackwood, The Conversation, 2014)

We’re right to make a scene about gender equity in the Australian screen industry (Sue Maslin, The Conversation, 2015)

Give us better lesbians, please, and screens to watch them on (Shirleene Robinson, The Conversation, 2015)

I'm a lesbian and I want to see more people like me in film and TV too [magazine article] (Claire Pires, Teen Vogue, 2016)

The Disney Company's massive success in the 20th century is based on creating an image of innocence, magic and fun. Its animated films in particular are almost universally lauded as wholesome family entertainment, enjoying massive popularity among children and endorsement from parents and teachers.  Mickey Mouse Monopoly takes a close and critical look at the world these films create and the stories they tell about race, gender and class and reaches disturbing conclusions about the values propagated under the guise of innocence and fun.

Anthropologists do well in movies, indigenous peoples not so much (Piers Kelly, The Conversation, 2015)

Finally a movie that captures what it's like to be Asian American [Lilting] (Elaine Teng, New Republic, 2014)

How the Ku Klux Klan seized cinema to become a force in America (Tom Rice, The Conversation, 2015)

How to get the African films we all should see onto our screens (Lindiwe Dovey, The Conversation, 2016)

Media representations and impact on the lives of black men and boys (Opportunity Agenda, 2011)

When the media misrepresents black men, the effects are felt in the real world [newspaper article] (Leigh Donaldson, The Guardian, 2015)

Why aren’t there more Asian faces on Australian screens? (Sky Crompton, The Conversation, 2012)

Why Australians should care about Hollywood diversity (Helen Young, The Conversation, 2016)

Family on television (Encyclopedia of Television, Museum of Broadcast Communications, 2016)

Far flung families: the representation of the diasporic family in contemporary cinema (Arts and Humanities Research Council of Great Britain)

Film families: the portrayal of the family in teen films from 1980 to 2007 (Caroline Clayton Clark, Brigham Young University, 2008)

Hollywood's portrayal of family life is too airbrushed, the reality is far more gritty. Depiction of motherhood is more real in 1970s films [newspaper article] (Elizabeth Day, The Guardian, 2014)

How is the family represented in American horror films of the 1970s? (Pete Turner, I Love that Film, 2013)

No place for a woman: the family in film noir (John Blaser, Moffitt Library, University of California, Berkeley, 1999)

Representation of modern families in kid-friendly entertainment (The Next Family, 2016)

Television and family - the social uses and influence of television on families (Alison Alexander and Yeora Kim, Marriage and Family Encyclopedia

What does Hollywood teach us about love? (Dave Boehi, Family Life, 2005) 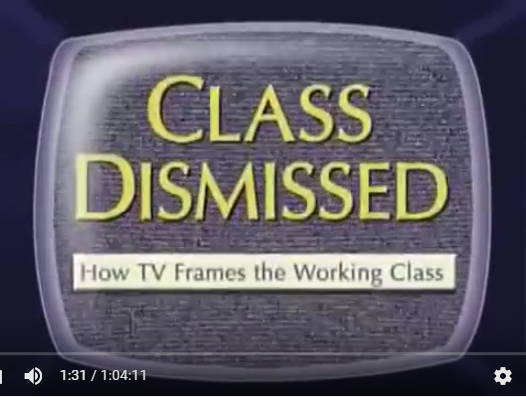 Adolescence and the portrayal of teens in film and television (Sean Faulkner, 2013)

Girls on film: could new regulations stop the sexualisation of children? (Emma Rush, The Conversation, 2012)

John Hughes' depiction of the impacts of class and family on suburban youth (Arielle Fishman, The '80s Server)

Modernism, cinema, adolescence: another history for teen film (Catherine Driscoll, Screening the Past, 2011)

Young heroes in horror movies and the historical significance of "I Know What You Did Last Summer" (Bill Medic, Pro-Youth Pages, 2002)

Representations of the Military

Glorification of the military in popular culture and the media [excerpt] Laura Powell, Chapter 8, Good intentions : norms and practices of imperial humanitarianism, 2014)

Missing in action: why are there so few cultural portrayals of women in combat? [magazine article] (Gayle Tzemach Lemmon, Atlantic Monthly, 2015)

Portraying the military in film and on television: who’s telling our stories? (Rachel A Brune, Task and Purpose, 2014)

Screens of terror: representations of war and terrorism in film and television since 9/11 (Philip Hammond, Academia)