Many other famous authors have written under nom de plumes. What were the real names of these authors?

Books in the Series

If you enjoyed Rowan of Rin, try the other books in the series.

If you enjoyed Rowan of Rin, try these books.

Shy and timid, Rowan of the Bukshah, son of Jiller of the Field, seems an unlikely hero. When he was very young his father, Sefton, died after rescuing him from a fire that destroyed their home, and Rowan has grown up with the burden of knowing that his brave, popular father sacrificed his life to save him. He is the keeper of the bukshah herd and has an intuitive understanding of the big, gentle beasts, especially Star, their leader. Although he is so unlike the sturdy, practical villagers of Rin, Rowan is singled out by the village Wise Woman, Sheba, as a person with special gifts. In the end it is he who on several occasions saves his people from disaster, showing that true courage is something other than mere physical bravery.

Born of the warrior Zebak people, Zeel was adopted as a baby by Ogden the storyteller, leader of the Travellers. She combines in her character the fierce determination of the Zebak and the instinct of the Travellers, a tribe of colourful, gypsy-like people who have a strong affinity with the natural world. Travellers live by their wits, trading goods and telling stories, and have always been regarded with some distrust by the sober people of Rin. Zeel is a Forerunner, one of three Travellers who fly ahead of the rest of the tribe on giant kites to warn of potential dangers. Initially suspicious of Rowan, Zeel becomes one of his greatest friends.

With her red eyes, long brown teeth and hair in rat-tails, the witch Sheba lives in a tiny, smoky hut on the outskirts of Rin and is hated and feared by the villagers for her unpredictable moods. However, as the village Wise Woman, it is always Sheba who is approached for advice when trouble befalls Rin. Sheba treats all her petitioners with scorn, even Rowan, but she sees that the boy has something of her own great power. She chooses him to be the saviour of Rin, giving him riddling clues to help him solve the problems he faces on his various quests. Her vile temper and acid tongue mask a real devotion to the wellbeing of her people.

Strong Jonn of the Orchard has been a staunch supporter of Rowan's family since the death of Sefton, Rowan's father, who was his best friend. Because of his great strength, courage and common sense, Jonn is a leading figure in the village. He greatly admires Jiller, Rowan's mother, and Rowan believes that Jonn is protective of him only because of his feelings for Jiller. Rowan dreads the idea of having him as a stepfather. Jonn is one of the 'seven hearts' who brave the perils of the Mountain to discover why the river that flows through Rin has ceased to flow. After they have faced terrible dangers together, Rowan realises that Jonn has genuine affection for him, and that he in his turn both respects and likes the older man. Always supportive of Rowan, Strong Jonn becomes the boy's father-figure and friend.

Old Lann is the leader of the Rin people. The oldest person in the village, she was once also the community's greatest fighter, and is a veteran of the war with the Zebak. Now weakened by age, she must walk with the aid of a stick, but her mind is as alert as ever. Plain-spoken, sensible and cautious, Lann has never married, and lives alone in her small Rin cottage. It is she who makes the decisions for the village, sometimes aided by senior villagers such as Timon the teacher and Strong Jonn of the Orchard. Initially scornful of Rowan's physical weakness and timidity, the old warrior comes to respect him for his great achievements.

Funny, easy-going Allun the Baker is the son of the former village teacher Sara and her Traveller husband who was later killed in battle against the Zebak. Because he is half Traveller, Allun is seen as 'different' by the people of Rin. His teasing character is at odds with their more sober attitude to life. Despite his apparent lightheartedness, Allun has a darker side. He feels sometimes that he is an outsider, and for this reason has always had a special empathy with another outsider-Rowan. A great friend of Jonn and Jiller, Allun is one of the team of seven who tackle the Mountain in Rowan's first quest, and he also travels with Rowan and his companions to the land of the Zebak.

Perlain of the clan Pandellis is the first Maris man Rowan has ever seen. He comes to Rin as a messenger to tell the people that it is time to choose a new Keeper of the Crystal, and escorts Rowan, Jiller, Strong Jonn and Star to the land of the Maris for the Choosing. Like all his people, Perlain has blue-white skin and webbed hands, and an extreme sensitivity to sunlight. Constantly at risk of drying out, he must regularly soak himself to stay alive. The polite, stoical Maris man becomes one of Rowan's closest allies, and later goes with him on his trek to the land of the Zebak, where his ability to stay alive in hot desert conditions is severely tested.

Shaaran is the keeper of the silks, the precious scrolls that record the history of the people of Rin. Gentle, dark-haired and shy, Shaaran is Rowan's age and is so like him in character and appearance that Rowan feels, when he first sees her, that he has met her before. Together Shaaran and her strong, fair-haired older brother Norris represent the two types of Rin people. After the death of their grandfather Thiery, Shaaran and Norris return with Rowan to Rin. When the harshest winter in living memory brings the village to the brink of starvation, the brother and sister accompany Rowan on the most terrifying quest of his life.

Why do writers use the fantasy genre? 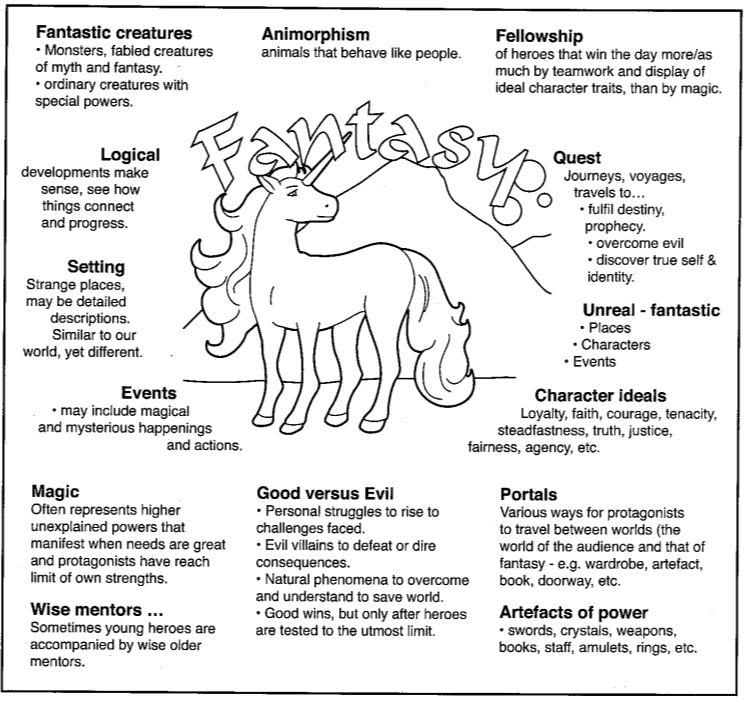 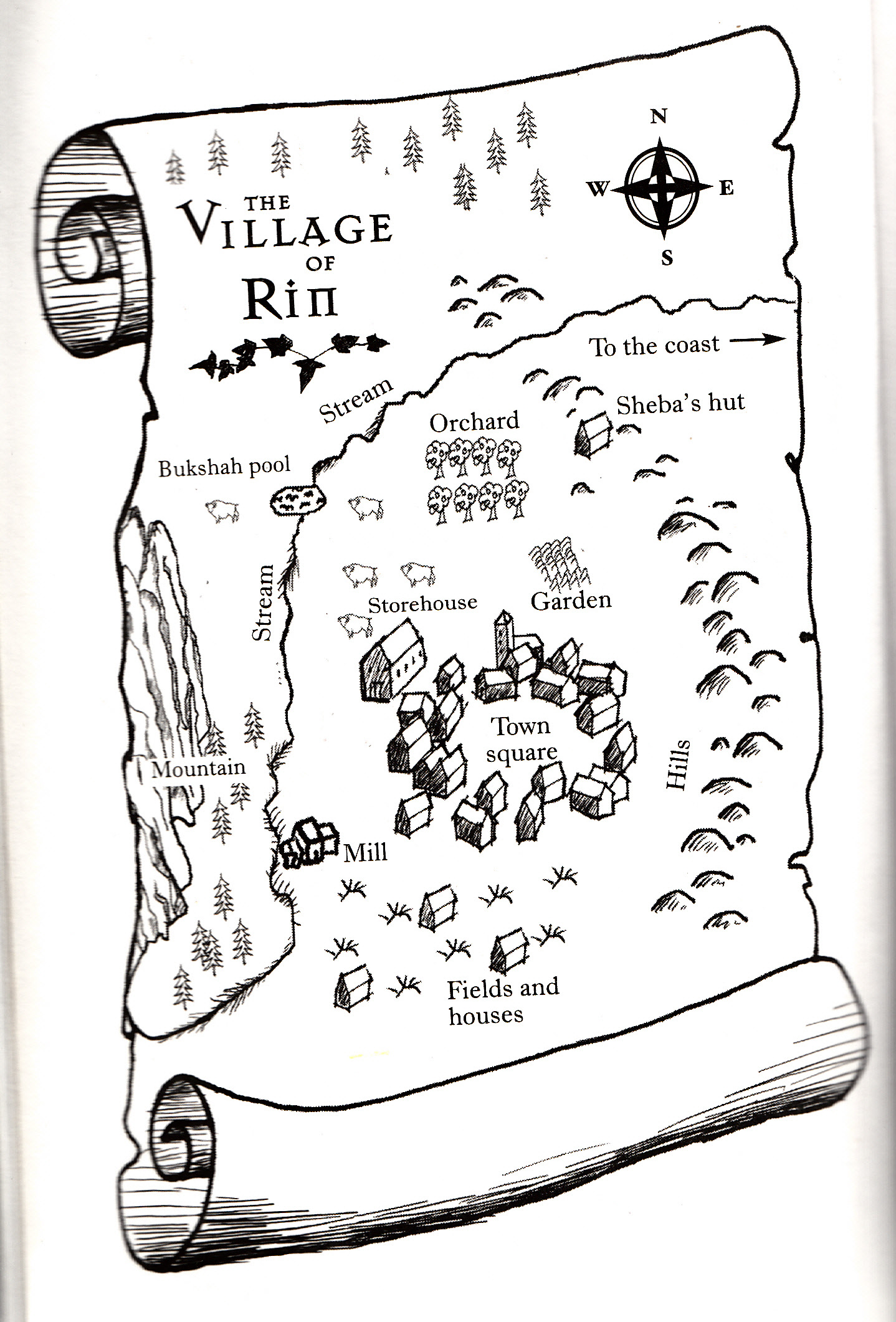