What is Science Fiction?

Science fiction is a genre that takes an imaginitative perspective on a real scientific principle or idea.

Science fiction asks the question: "What if ...?" eg

1903       K.E. Tsiolkovsky writes Exploration of Space. His ideas on rocket design and fuelling are used by scientists to design the Skylab space station.

1942       Isaac Asimov creates the Three Laws of Robotics in “Runaround” which have been adopted by scientists trying to develop artifical intelligence.

1944       Cleve Cartmill in “Deadline” describes a bomb powered by uranium-235.  His technical details were so close to the top secret Manhattan Project which was developing the world’s first nuclear weapon that for a time authorities believed they had a spy.

1949       George Orwell’s dystopia 1984 introduced many terms and concepts, such as Big Brother, doublethink, thoughtcrime, Newspeak, and memory hole. “Moreover, Nineteen Eighty-Four popularised the adjective Orwellian, which refers to official deception, secret surveillance, and manipulation of the past in service to a totalitarian political agenda.” The Oxford Companion to English Literature, Sixth Edition. University of Oxford Press: 2000. p. 726

1966       Star Trek introduces concepts such as the hand held communicator, the hypospray and the cloaking device  http://www.silicon.com/technology/mobile/2001/05/30/trekkies-see-science-fiction-become-science-fact-11024745/

The origins of post-apocalyptic fiction

The Real History of Science Fiction 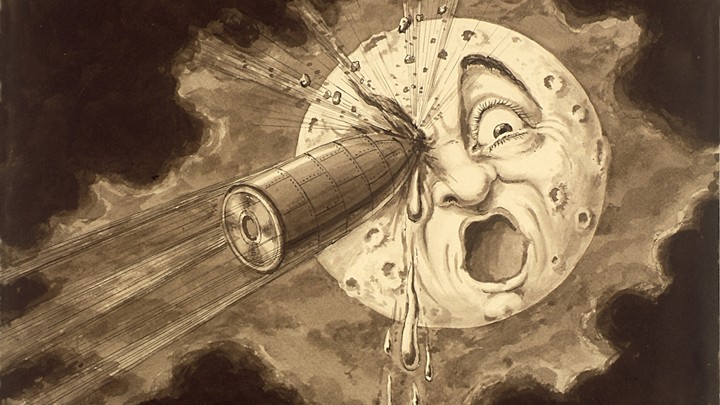 Ten Things You Should Know About The Time Machine